60+ Innovation Quotes and What They Can Teach You

Often times when innovation is present in any form of written material, it is accompanied with an inspiring quote from an inventor, idol, philosopher or some other great person in history.

These quotes are a great way to learn about innovation through the minds of those who have done it successfully or understand what it’s truly about.

Since there are many quotes out there, we decided to categorize them based on different areas or viewpoints on innovation and cherry-pick a versatile bunch for each category.

This way, we feel it’s easiest to accumulate new knowledge and reshape our existing understanding on different areas of innovation.

Quotes That Capture the Essence of Innovation

We’ll start off with the essence of innovation – as in, what innovation means to different people. These quotes will help you understand how people from different times, backgrounds, and life experiences understand innovation.

While you go through this first section, try to imagine what the author had in mind when they worded the quote. Think what could’ve affected their viewpoint.

“Innovation is taking two things that exist and putting them together in a new way.“

“The value of an idea lies in the using of it.“

“Innovation is the unrelenting drive to break the status quo and develop anew where few have dared to go.“

“Innovation takes birth in sync with the evolution of customer’s expectations and demands or vice versa. Either way, organizations around the world have to continually innovate themselves and keep up with the people’s wants. The failure to do so or being indifferent to your customer’s need will make your competitors win. And then suddenly, customers become indifferent to you- a high-risk gamble to play at.“

“If you look at history, innovation doesn’t come just from giving people incentives; it comes from creating environments where their ideas can connect.“

“I believe you have to be willing to be misunderstood if you’re going to innovate.“

“If I had asked the public what they wanted, they would have said a faster horse.“

As you can see, people view innovation quite differently.

If you ask a college graduate for their thoughts, it’s likely to differ from those of an industry veteran.

Same goes for an inventor who lived in the 1500s, as opposed to their respective counterpart in the 1900s.

Perhaps our perception of innovation amounts to the sum of when, where, and how we’ve lived. Although the term “innovation” may have been coined later, innovation itself is an age-old concept, and thus, how it has been viewed has evolved throughout the course of time.

Innovation can be incremental like evolution, or radical like the birth of a volcanic island. Change is a constant in both.

“The secret of change is to focus all of your energy, not on fighting the old, but building on the new.“

“When the winds of change blow, some people build walls and others build windmills.“

“To stay ahead in innovation, look at horizontal industries and the ones leading your current industry, someone is always doing something new.“

“The best way to predict the future is to create it.“

“I skate to where the puck is going, not where it has been.“

“Innovation is progress in the face of tradition.“

“You can’t allow tradition to get in the way of innovation. There’s a need to respect the past, but it’s a mistake to revere your past.“

“The definition of insanity is doing the same thing over and over again, but expecting different results.“

“Most innovation involves doing the things we do every day a little bit better rather than creating something completely new and different.“

“They always say time changes things, but you actually have to change them yourself.“

“Don’t be afraid to take big steps when one is indicated. You can’t cross a chasm in two small jumps.”

“The riskiest thing we can do is just maintain the status quo.“

“Be an innovator, not an imitator.“

Innovation - or any type of progress for that matter - cannot happen without change. This means that it’s not only important to accept that change is necessary part of creating anything new, but in fact you must proactively drive it.

The best way to drive change is to embrace it, not fear it.

Where there is change, there is risk of the unknown. How can you control or anticipate that which is new and unfamiliar? Well, you can’t, or not with any guarantees. However, it’s also the new and unfamiliar that allows breakthroughs to happen.

“Innovation comes from saying NO to 1000 things.“

“Innovation survives only when people believe in their own ideas.“

“There’s always an element of chance and you must be willing to live with that element. If you insist on certainty, you will paralyze yourself.“

“If at first the idea is not absurd, then there is no hope for it.“

“Confusion is a word we have invented for an order that is not yet understood.“

“When looking to innovate—fail forward. Innovation can be a chaotic process, embrace it and learn from your failures.“

“If you’re not failing every now and again, it’s a sign you’re not doing anything very innovative.“

“About 95 percent of new products fail.“

“A ship is safe in harbor, but that’s not what ships are for.“

“There is no innovation and creativity without failure. Period.“

“If I have a thousand ideas and only one turns out to be good, I am satisfied.“

“Innovation- any new idea- by definition will not be accepted at first. It takes repeated attempts, endless demonstrations, monotonous rehearsals before innovation can be accepted and internalized by an organization. This requires courageous patience.“

“Everything you’ve ever wanted is on the other side of fear.“

“What good is an idea if it remains an idea? Try. Experiment. Fail. Try again. Change the world.“

Sometimes you must accept that things may not work out the way you expect. After all, to find out what works, you must often first eliminate what doesn’t. It also means that you must sometimes have faith in your own ideas even if others don’t.

Failure and unyielding faith in the face of opposition can get tiresome, and this is when the risk of quitting is highest. However, the only way you’ll surely lose is by quitting before giving it your all.

This is why perseverance is paramount for innovation.

Although accepting failure, having faith, and taking risks are crucial ingredients in innovation, it isn’t all about throwing darts in the dark and seeing what sticks.

There are things you can proactively do to make innovation happen or at least increase you chance of success.

“You can have brilliant ideas, but if you can’t get them across, your ideas won’t get you anywhere.“

“Listen to anyone with an original idea, no matter how absurd it may sound at first. If you put fences around people, you get sheep. Give people the room they need.“

“Ideas are like rabbits. You get a couple and learn how to handle them, and pretty soon you have a dozen.“

“A dream will not become an innovation if there is no realization.“

“Never tell people how to do things. Tell them what to do and they will surprise you with their ingenuity.“

“You can’t wait for inspiration, you have to go after it with a club.“

“The way to get good ideas is to get lots of ideas and throw the bad ones away.“

“You can’t just ask customers what they want and then try to give that to them. By the time you get it built, they’ll want something new.“

“It’s easy to come up with new ideas; the hard part is letting go of what worked for you two years ago, but will soon be out of date.“

The success of innovation is largely affected by what you do, and better yet, how you do it. This is why it’s important to lead or manage innovation.

Leading innovation implies proactively turning ideas into innovations, instead of just letting it happen organically. Just like any other management, it consists of a systematic approach and a process of trial and error. 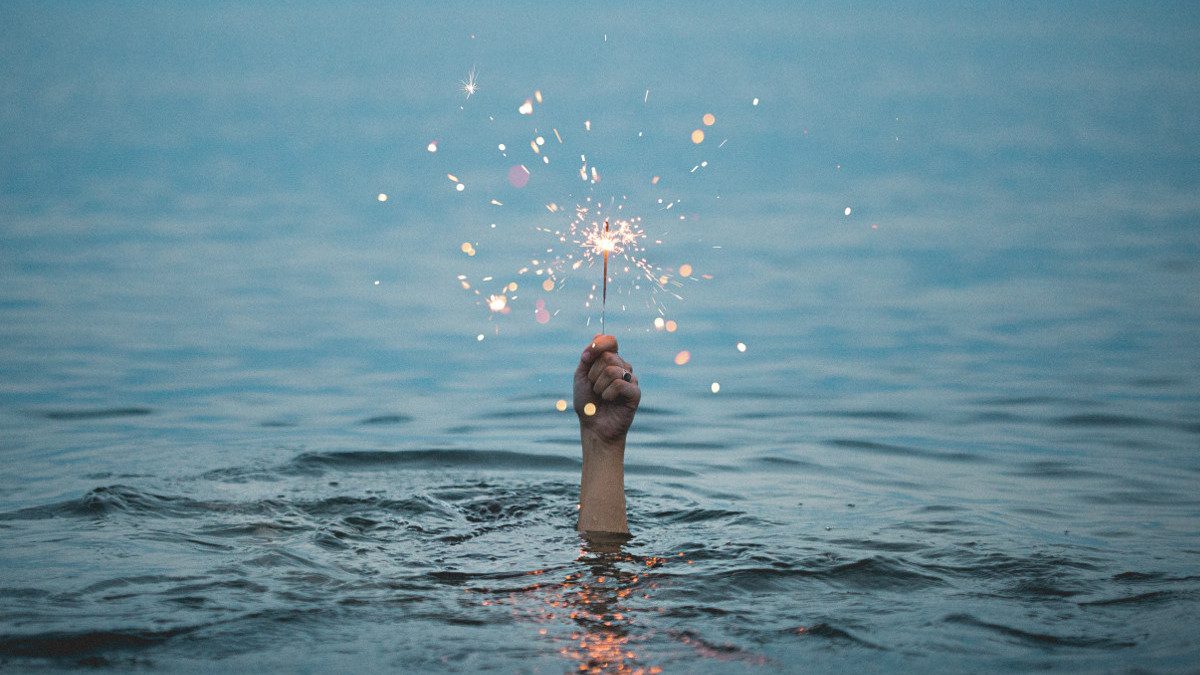 Quotes That Inspire to Be Innovative

Why do we innovate?

It may sometimes be difficult to truly understand the importance of innovation. Especially since the term is often blown out of context (and abstract to begin with).

For this reason, we’ll cap this post with quotes that inspire us to innovate.

“You miss 100 percent of the shots you never take.“

“Daring ideas are like chessmen moved forward; they may be beaten, but they may start a winning game."

“What is now proved was once only imagined.“

“A pile of rocks ceases to be a rock pile when somebody contemplates it with the idea of a cathedral in mind.“

“The creation of a thousand forests is in one acorn.“

“The Stone Age didn’t end because they ran out of stones.“

“They did not know it was impossible so they did it.“

“If the only tool you have is a hammer, you tend to see every problem as a nail.“

“Finding opportunity is a matter of believing it’s there.“

“Modern society is built upon two things: truth, which is discovered, and innovation, which is created.“

"When something is important enough, you do it even if the odds are not in your favor."

Simply put, proactively imagining and creating new things is a vital component in driving change and adapting to new environments. For example, our unique ability and need to innovate allowed humans to become the apex predator on the planet.

On the scale of a company, this can be translated into competitive advantage; the necessary advancements in capabilities that provide an edge in comparison to competitors of the industry.

Much like has happened with the species on our blue ball, the ability to be innovative may determine which companies are left standing 10, 100, or even 1000 years from now.

If you want to see how you can turn ideas into innovations, try Viima! It's free for unlimited users. 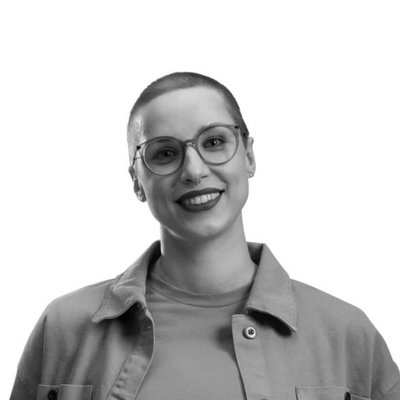