7 Key Ways to Inspire Transformation and Innovation in Your Business 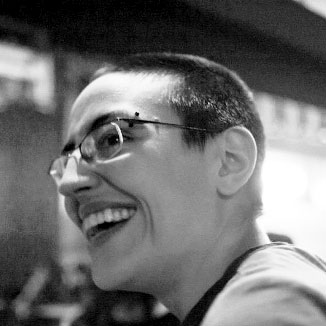 Transformation and innovation are big buzzwords in today’s corporate culture, but what do they really mean, why are they important—and how do you emphasize them in your company?

Answering these questions effectively can be the difference between success and failure, no matter the size of your organization.

At their core, both of these terms mean the same thing: change. When you innovate and transform, you’re in a state of constant evolution and forward momentum.

Innovation can affect every aspect of your business, from seemingly minor questions like how you collect ideas, to big picture issues like your organizational structure and approach to customer engagement.

Where you focus your innovation efforts can be just as impactful as your methods of implementation. The end goal is the same: to implement changes that have a positive impact both within your company and in the industry as a whole. 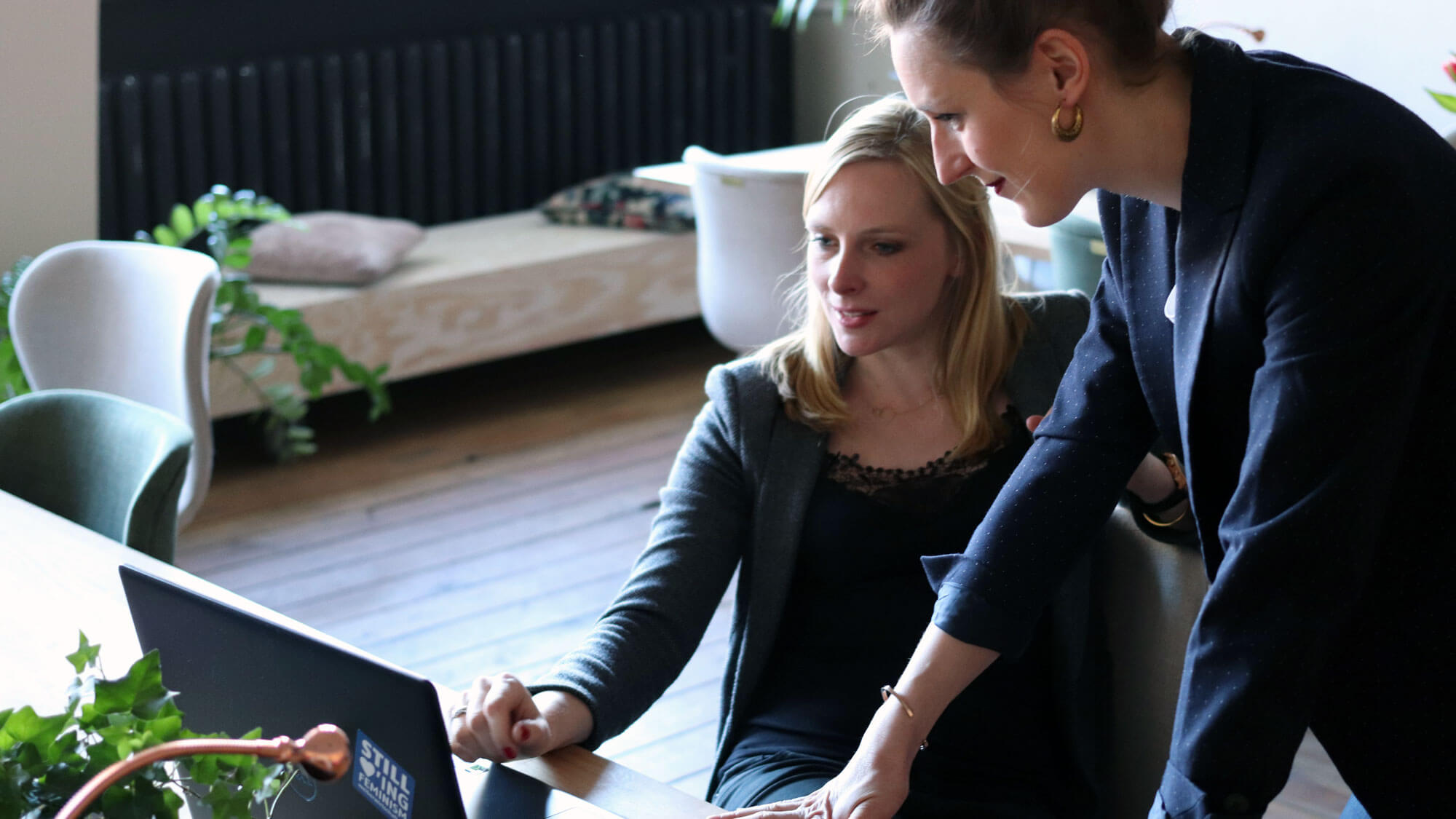 Why focus on innovation?

To be blunt, if you’re not moving forward, you’re going to get left behind. That’s the reality in today’s fast-changing business world. Other companies will continue to make innovations, even if you don’t. As these innovations take hold, your tried-and-true ways of approaching the industry won’t be as effective as they once were.

Companies with the ability to innovate are more adaptable and responsive to industry shifts. This agility is especially important when you’re dealing with outside disruptions—such as, say, a global pandemic—but it also translates to greater success even when things are going according to plan.

A rapid evidence assessment study conducted by the Rand corporation in Europe shows economic returns of 20-30% on investments to research and development. This is on top of the harder to quantify gains at a societal and cultural level that result from new methods of customer and employee engagement.

Innovative companies are usually healthier at every level, from employees’ relationship to their workplace to the company’s perception by and engagement with consumers. Being innovative can help you improve productivity, reduce costs, and make you more competitive in the marketplace.

At this point, you might be asking yourself, “If innovation is so beneficial, why doesn’t every company do it?” The truth is, it's actually pretty difficult to achieve at scale. 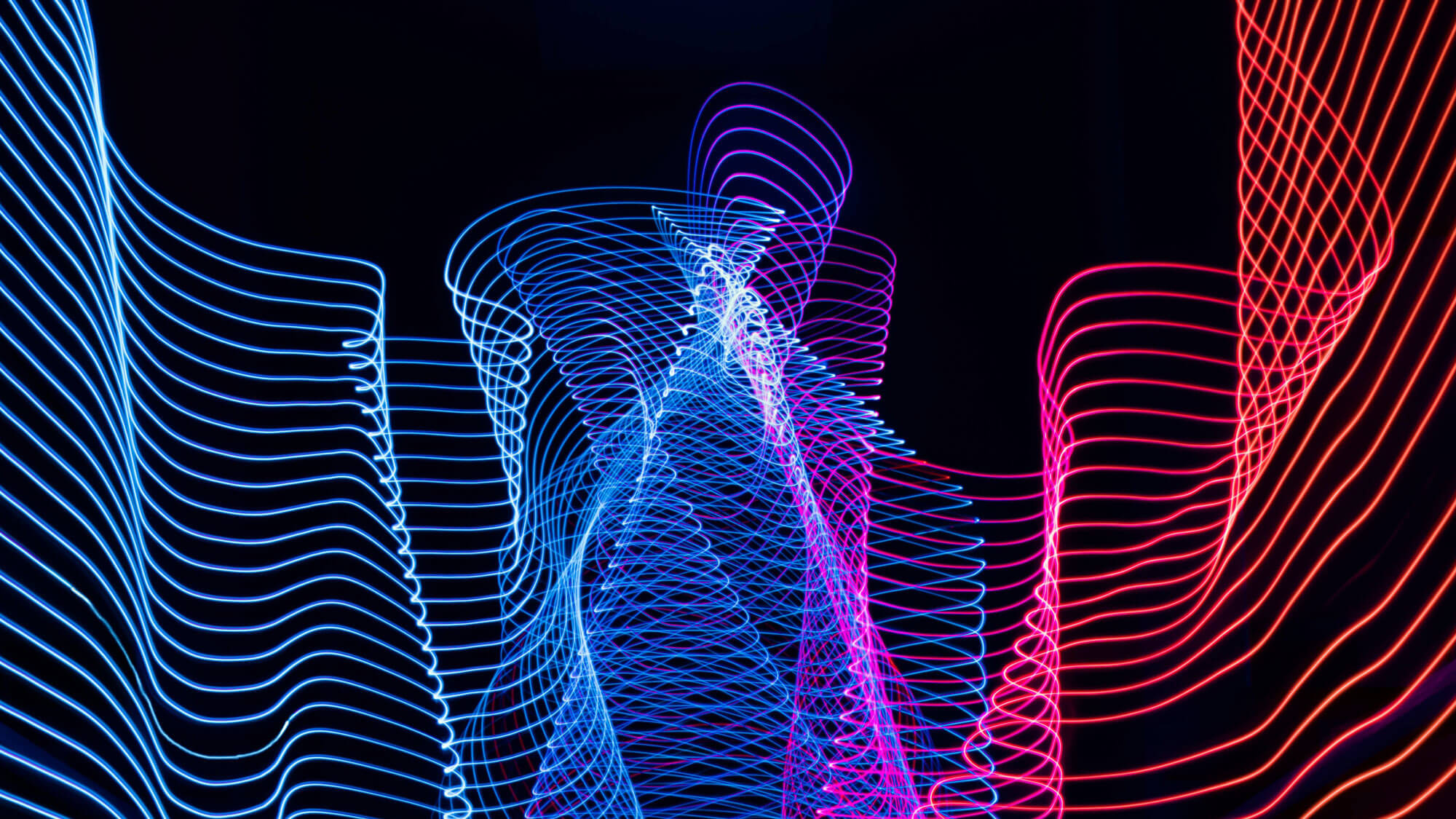 The way many companies are run creates an array of barriers that prevent them from forming a transformative culture and, ultimately, reaching their true potential.

Some of the most common barriers to innovation are:

What can you then do to actually overcome these barriers?

#1: Remove the Fear of Failure

There are two ways to mitigate that fear. First, you have to shift the culture. View failure as an opportunity to build resilience and improve your odds on the next attempt. If you respond to failures by analyzing them and learning from them, rather than punishing them, the fear surrounding them will naturally dissipate.

Secondly, give yourself the best chance at success by taking smart risks. When an employee comes up with a new idea, have a team analyze it together to find the best way to implement it, and give them the resources they need to see it through. Team members will feel more empowered to innovate when they know they can count on the company’s support. 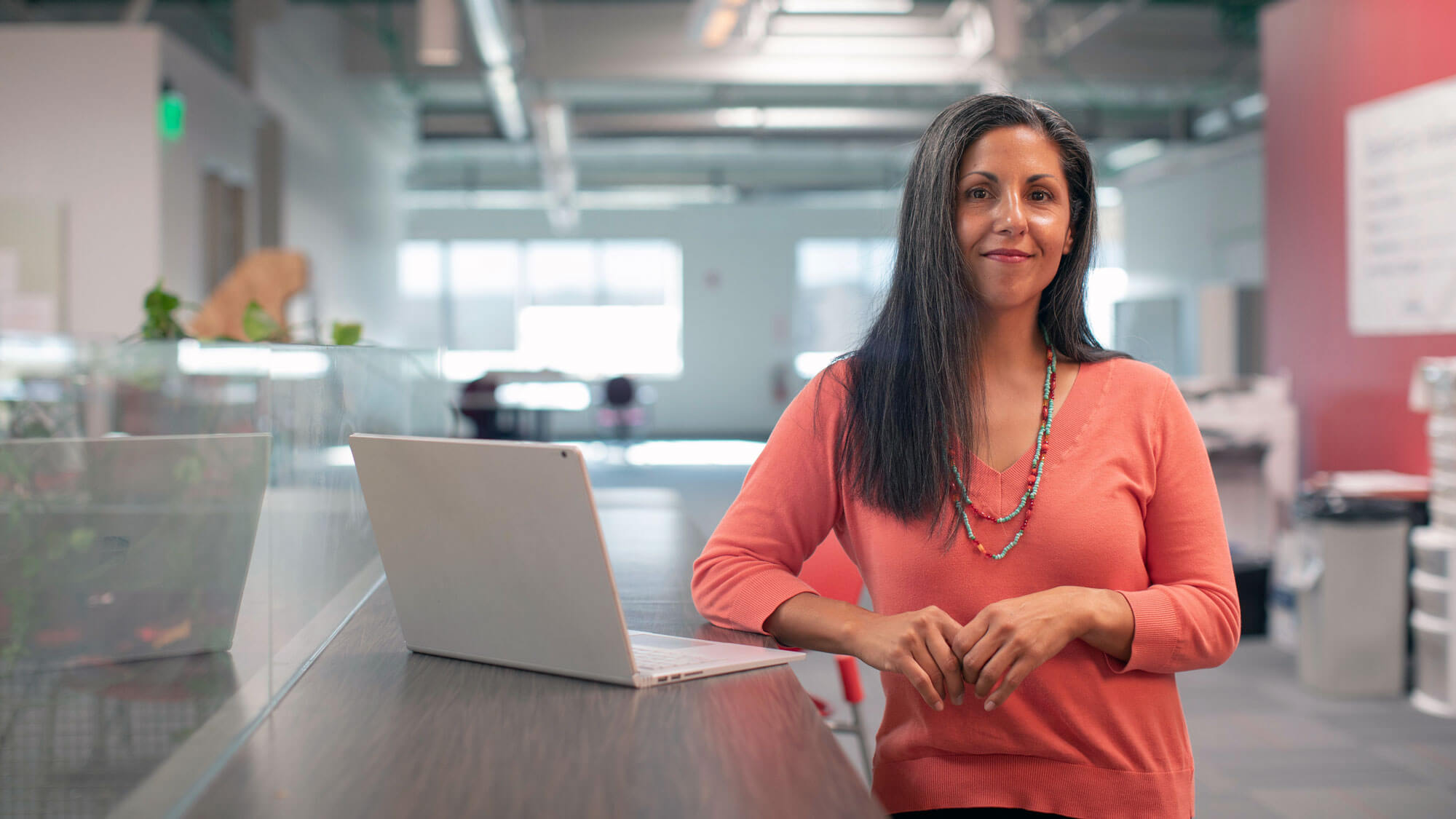 A reward for coming up with new products and approaches can give employees the extra push they need to try something new. Celebrate employees when they take a risk, even if it doesn’t succeed the way they’d intended.

A lot of business leaders get wary when they hear the word “incentive”, especially if they’re already under a budget crunch. Keep in mind that the best incentives usually don’t cost you anything.

Public acknowledgement can be a powerful reward in and of itself for achievement-oriented employees. When the leaders give praise for creativity and risk-taking, other employees will feel encouraged and empowered to pursue their own ideas.

Dividing your staff into teams based on their areas of expertise makes sense from an organizational and productivity perspective. Where problems arise is when those teams become isolated from each other. The people in IT don’t know what goes on in accounting, and they’re both in the dark about how things work in HR. In an insular culture, disparate departments could be facing a similar issue without ever realizing it.

A collaborative culture breaks down these barriers between teams and departments so they can share insights and work together toward new ideas. Obviously, there’s a need to strike a balance here; a completely team-less, or overly complex environment could easily become chaotic and unfocused.

The ideal is a vertical structure in which all teams have the resources and expertise they need to innovate, and where each team is accountable for their results. When each team is capable and committed on the individual level, true collaboration and innovation are possible.

Cross-department projects are a great way to start working toward a more collaborative environment. Anything you can do to increase the flow of ideas will ultimately push you toward becoming a more transformative organization.

#4: Give Employees the Resources They Need

As the general manager of 3M, William McKnight instituted what he called the 15% rule. Employees of the company were allowed to spend 15% of their work time on experimental projects, daydreaming, and doodling. Thanks in large part to this practice, 3M is still known for their innovation today.

You can’t expect your team members to innovate if you don’t give them the tools they need to make it happen, and that includes the time to come up with new ideas. Overworked employees will be too busy meeting quotas and keeping tight deadlines to innovate.

While time to think is arguably the most important resource, you can also encourage innovation by making sure your team has the right technology and tools at their disposal. How do you know what employees need? There’s one easy tried-and-true way: ask them.

The more homogenous the group, the more similarities they’ll have in their background, experiences, and worldview. While there will always be some variation between people based on personality, they’re still likely to approach many problems in the same way.

The recent Wall Street Journal corporate ranking demonstrates the link between diversity and innovation. It found that more diverse companies can better identify unmet market needs and adapt their business to take advantage of those opportunities.

This evidence only reinforces what is, in reality, simple common sense:  if you want to hear more variety in the ideas presented to you, you should have that same variety of perspectives represented. 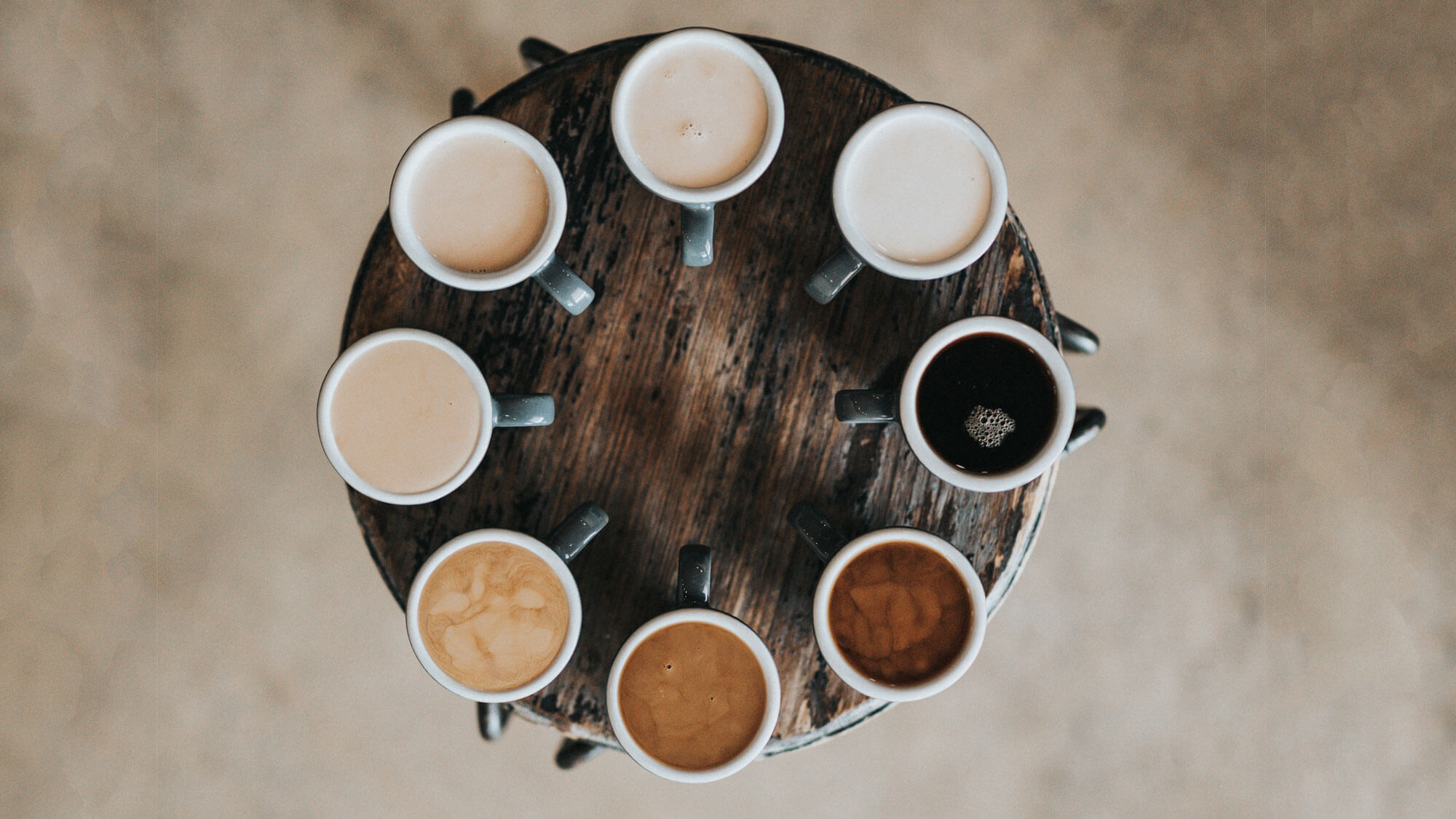 There’s naturally a strong correlation between the two, however, when you’re hiring and training for diversity, it’s critically important to keep the focus on how people think, not what they look like or where they come from.

This isn't the case just for ethical reasons, but also for business reasons.

#6: Give Everyone a Voice

Anyone can innovate, regardless of their pay grade or level on the corporate hierarchy. Truly transformative businesses don’t discriminate between ideas based on who they came from. Instead, they create a culture of innovation that empowers everyone to think creatively.

Not everyone is going to feel comfortable sharing new ideas without prompting. Leaders can encourage team members to be more vocal by soliciting ideas and feedback regularly. The above tip to incentivize innovation can be a big help here, as well. More people will speak up if they know they’ll be rewarded—or, at the very least, not punished—for doing so. 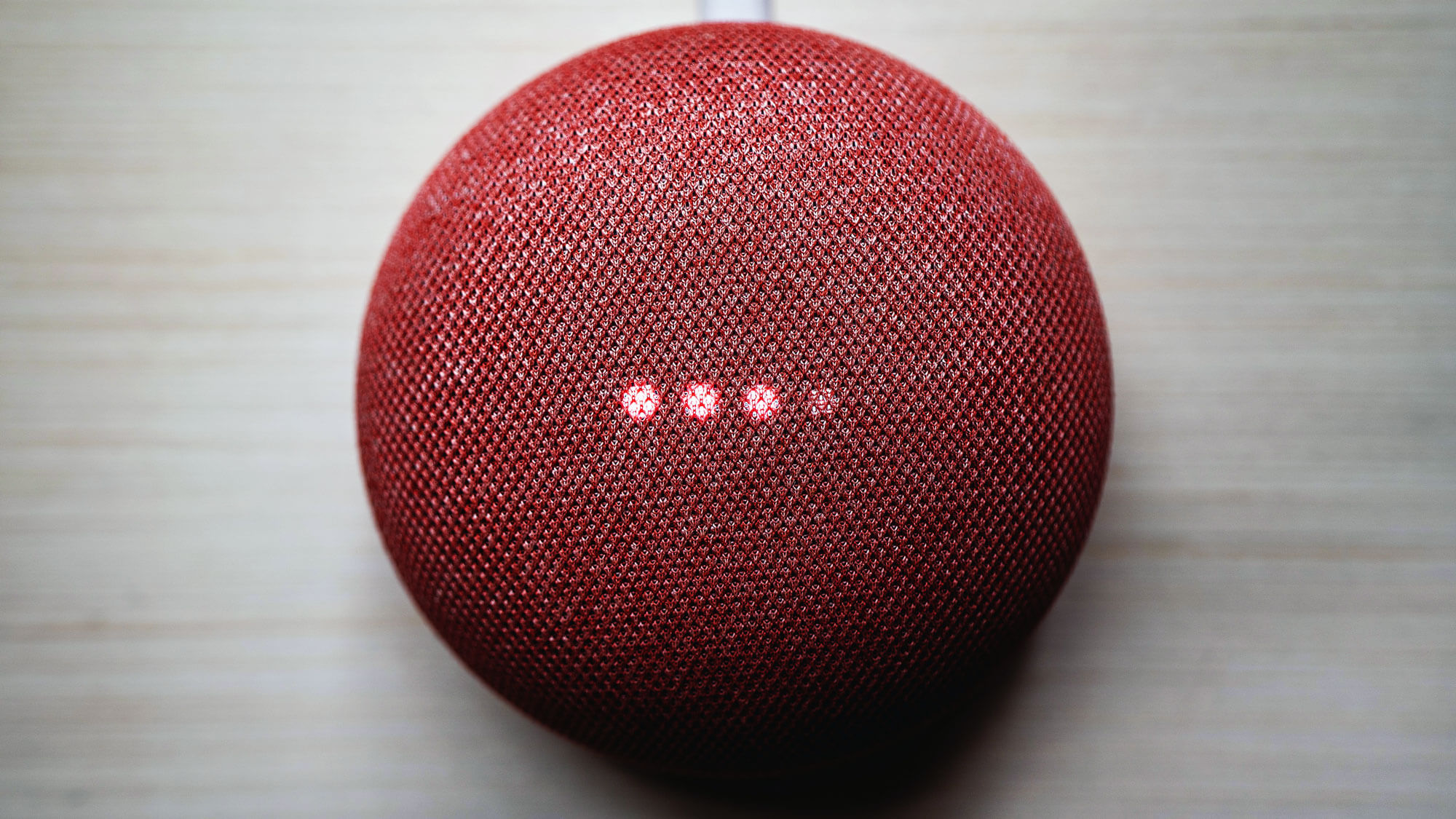 Something else to keep in mind is that no everyone will want to contribute in the same way. Introverted employees may prefer to share their thoughts in writing to speaking up in group meetings, for example. A mix of one-on-one conversations, text-based dialogue, group brainstorming sessions and online ideation tools will give everyone on your team a chance to contribute.

At UpFlip, we interview entrepreneurs from virtually every industry on the keys to their success.

One of these was Jason Yormark, founder of the social media marketing agency Socialistics, who challenged the industry by offering month-to-month rather than long-term contracts, thus better aligning their interests with those of their customers.

Lab Athletics founder Jake Brog transformed the cost structure of his business by opening his first location in an industrial area, as opposed to the commercial zones most of his competitors favored.

What do these two founders have in common? Both achieved success by deviating in small ways from the industry norm.

As mentioned, Jason innovated at the product performance level to improve the value prospect he offered to customers. Jake, on the other hand, made a profit model innovation by finding a way to significantly lower his recurring costs.

To conclude, there are many ways to innovate. Coming up with a new product, or selling your product in a different way, is one approach.

Just as important, though, are process innovations, which means finding new ways to approach your day-to-day operations. Here, too, a small tweak can sometimes translate to big changes down the line.

Innovation is both remarkably simple, yet incredibly difficult to define and put into practice. When the environment is right, it seems to come out of nowhere. Where most companies run into problems is making innovation a pervasive value, something everyone in the organization strives toward in their everyday work.

Change isn’t always easy. The bigger your company is, the more difficult you’ll probably find it to implement on a large scale. That’s where starting small can become especially important. Each successful innovation paves the way for more in the future.

Jess Simms, MFA, is a veteran business writer with extensive experience from management and the hospitality industry. Jess currently contributes to a number of publications, including the UpFlip blog.

7 Key Ways to Inspire Transformation and Innovation in Your Business