How to Manage Disruptive Innovation: Introducing the Innovation Matrix

It appears that ever more people are grasping the importance of innovation, but why exactly is this?

Perhaps it’s simply due to the fact that innovative prowess is highly linked to holding a competitive advantage. Digitalization, internationalization, sustainability, and other current megatrends would appear to further accelerate the pace of disruptive technologies being developed, overthrowing many incumbents across industries.

There is no way to know exactly what the future holds for your industry, but if you learn to understand the way innovations work, you can learn to predict them and manage innovation effectively.

Disruptive innovation is quite different from the traditional sustaining innovation, and most executives seem to understand this rather well. Both disruptive and sustaining innovation can either be radical or incremental depending on how and where they’re happening, and this is the part where we've seen a number of people have difficulties in grasping the differences between these terms.

All this may seem slightly confusing, as to many, innovation is in itself a somewhat abstract concept. No worries! In this post, we explain the differences between these forms of innovation and provide some pointers on managing them accordingly.

Disruptive or Sustaining – Radical or Incremental?

So, what exactly is the difference between sustaining and disruptive innovation and how do I know whether it’s radical or incremental?

Sustaining innovation is fairly self-explanatory. It means innovation that doesn’t create new markets or value networks, but simply grows pre-existing ones. It “sustains” a market by building on one that already exists. For example, a completely new type of battery that generates energy from movement, would be a form of sustaining innovation for a company that creates mobile phone screens, as this has pretty limited impact on their market.

Now, whereas this is sustaining innovation for the company building screens, it would be quite a different story for a company that has built its business around the market of traditional cell phone batteries. Batteries would no longer compete solely on having as much capacity as possible in the smallest frame possible.

As the sales arguments differ so drastically from the old market, it fundamentally disrupts the market of batteries for mobile devices, and would most likely also enable the creation of entirely new markets. Thus, it is disruptive innovation for the company producing the old batteries.

So, disruptive innovation means a form of technology that “threatens” an old one by making it obsolete or otherwise less favorable. However, these are often overhyped in the short term and underestimated in the long run, which can often make identifying real sources of disruption even more difficult. Although disruptive innovations eventually end up replacing old ones, it can take much longer than anticipated for this to happen.

Both sustaining and disruptive innovation can be either incremental or radical. Incremental innovation is the kind that builds gradually, step-by-step, whereas radical moves forward through much larger leaps.

We can better visualize these differences through a matrix where you have the market related disruptive and sustaining innovation on the other axis and product or service related radical and incremental on the other. By combining these two axes, we get 4 different combinations:

This is when you have a form of innovation that creates a market through a completely new sales argument and it has room to grow, due to the public interest in the product and a lack of clear competitors. For example, the aforementioned battery that charges through vibration would be a radical form of disruptive innovation as it completely redefines the capabilities of batteries leading to the creation of entirely new markets.

Here, the innovation is typically an improvement on a product or a process in an old market and thus doesn’t change the sales argument of the product. For example, an upgrade in the manufacturing process of a semiconductor component that decreases energy consumption while simultaneously increasing computing power might require many tremendous technological innovations to happen, but doesn’t really affect whom consumers buy the product from or for what reasons. They just get more for the same amount of money.

Sometimes, many incremental improvements can eventually lead to a dramatic disruption, even creating an entirely new market. This is what's one day going to happen to the automotive industry with the electric car. Electric cars will make gas-guzzlers obsolete, but it is the result of a slow-building process and it will still take quite a few iterations for electric cars to become mainstream.

Sustaining innovation that builds incrementally is probably the most common form of innovation. It is the constant progress that's constantly happening in every business and is thus a vital factor for being able to compete. For example, the vast majority of new features and updates in smartphones during the last couple of years have been the result of incremental development.

There really isn't just a single correct way to define or classify innovation. However, we hope this matrix will help you in understanding the various forms of innovation.

What Does It Mean for an Organization?

But how does all of this work in practice? Well, it’s not just about choosing one type of innovation and saying: “I will go with that!” By understanding what types of innovation exist and how they affect their respective markets, you can start to use this knowledge to analyse your business and anticipate how it will change over time.

The part where many incumbents make a potentially costly mistake is the ability to balance between sustaining and disruptive innovation. They often keep concentrating on sustaining for too long, even when they are aware of the threats posed by disruptive innovation lurking around the corner. Chris Bradley from McKinsey has an excellent analogy for the situation:

Much like the frog in the analogy, large firms often react to disruptive innovation only when it already has a significant impact on their market. By then, it’s often too late. Instead of waiting around for disruptive technologies to take over, companies should always aim to create and scout them proactively, even though they may seem insignificant in comparison to just focusing purely on sustaining efforts. 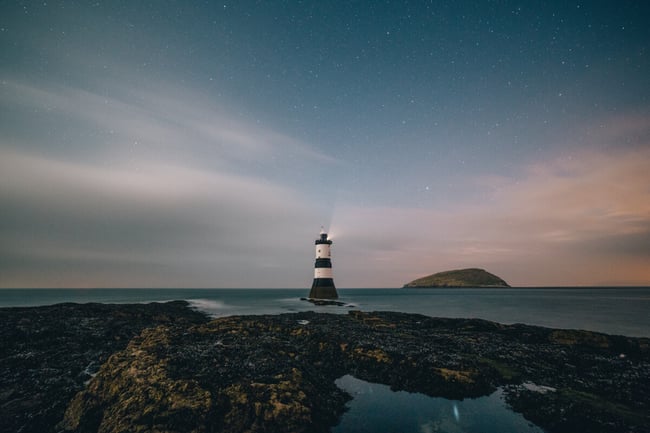 The Innovation Matrix in action

What we can gather from this is that disruptive innovation should be approached iteratively and with patience. The responsibilities and incentives of old units make it hard to create something that fundamentally changes parts of the value chain. The simplest and easiest way to create something disruptive is by doing it in a separate and autonomous unit, so that potential progress isn’t unnecessarily inhibited by any existing resources, processes, habits, or priorities.

Power behind balancing disruptive and sustaining

If you only start investing when a disruptive technology has already gained significant momentum, you not only have to invest increasingly more to catch up with the competition but also do so from a base of declining revenue for your existing business, which usually proves to be impossible.

Keep in mind, however, that moderation is key. If all attention is simply steered towards disruptive innovation, revenue and profit will usually start to decline, which in turn increases the risk profile dramatically.

Through the development of different means of transportation and communication, much of competition has converted from local to global. This means that for companies to survive, they must be able to handle a greater amount of stress and competition than ever before.

Competing on the highest level is vital for success and growth, and this requires constant incremental progress achieved through sustaining innovation, while gaining (or keeping) competitive advantage by scouting and creating new disruptive technologies. Balancing these two isn’t easy, but is ultimately the best way to pave the way for future growth.

If you want to dig deeper, and learn more about other types of innovation, we've created a detailed guide to help you go through all the essential information.