Why You Should Introduce Transparency to Customer Feedback

Jesse Nieminen
Voice of the Customer

Customer interaction has changed for good – there are no secrets anymore. You just can't sweep issues under the carpet but will have to do your part and carry the responsibilities of your actions, in good and in bad.

I'll start off by listing some of the challenges typically associated with the traditional methods of gathering and managing customer feedback and then move on to introduce an alternative way of doing things – by introducing transparency to feedback.

What's wrong with the traditional ways of giving feedback?

To clarify, I'm referring to the following list as the traditional ways of giving feedback (online):

What all of these have in common is that the feedback you give as a customer is private between yourself and the company representative and/or feedback system, where a handful people might see the same information.

There are, however a number of challenges with this traditional approach to gathering feedback:

A person giving feedback has no idea what others before them have said, resulting in similar feedback being given over and over again. This not only generates a lot of unnecessary work for the personnel processing the feedback and responding to them, but also makes it much more difficult to analyse the feedback as it's typically open-ended and thus difficult and laborious to aggregate

2. Responding to feedback is hard work

If you actually do care about your customers enough to want to respond to their feedback, it takes a lot of effort to respond to all of that feedback individually for each customer.

As mentioned, typically your feedback forms give you loads and loads of similar pieces of open ended feedback that in many cases isn’t even categorized in any way. Aggregating that data into actually usable information is difficult and takes a lot of manual effort. Furthermore, combining that information with customer demographics takes even more time and in the worst case scenario is straight up impossible.

From past experience, people have started to expect that once they submit their feedback, the only thing that they're likely to hear back is some kind of an automated response along the lines of "thank you for your feedback, we value your input highly!" As such customers think that you don’t value their opinions, demotivating and discouraging them from giving feedback and even considering your company as pretentious.

As a pièce de résistance the user experience is typically horrendous or at best, boring. Everyone hates filling forms, or even worse, surveys with multiple pages.

Typically the only way to get people to participate is to provide some kind of rewards for completing them because the thought of filling a survey without any concrete reward is repelling for the modern online consumer with an attention span of 5 seconds.

The bad user experience combined with the frustration of previous feedback being seemingly ignored, result in an effective repellant for any customer thinking about giving feedback.

So now that we're familiar with some of the challenges associated with the traditional ways of gathering feedback, let's explore the concept of transparent feedback. I define the term as:

Feedback that is by nature open and transparently visible for all stakeholders.

In other words, the difference with transparent feedback is that once a customer submits a piece of feedback, it's directly visible for everyone: all of the other customers, everyone in the company, the partners of the company, and yes, even their competitors.

This is actually the way feedback works already in social media. Whenever someone gives your company a tweet or posts on your Facebook page, it's already visible to everyone. This is obviously immensely powerful.

Some companies like JetBlue and Microsoft's Xbox have been able to handle their customer feedback extremely well and have been able to turn disappointed or even furious customers to social media brand advocates by responding to transparent feedback well.

Being funny doesn't hurt either (as you can see from the O2 case). On the flip side, if you mess up or don't care about your customers and their feedback, social media will make sure that everyone knows, leading to massive damage, as we've seen in some cases. 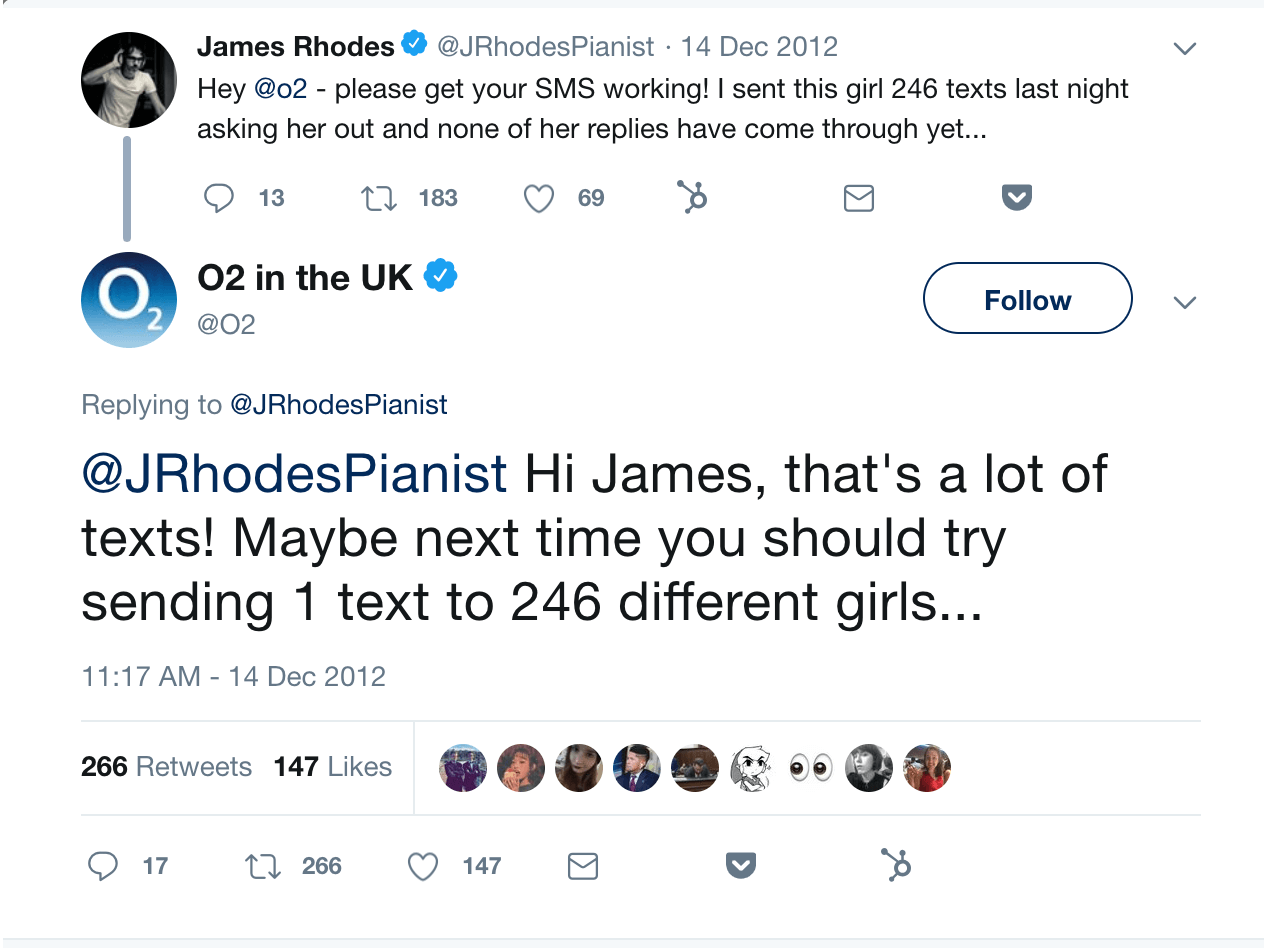 The same kind of damage will most likely also happen if your company operates in a way that disrespects customers offline. Trying to conceal any of these will only make it worse.

Embrace the change towards transparency

Thus, the most reasonable approach is to embrace the change towards increased transparency and play by these new rules, one way or the other. However, as social media wasn't designed to be a feedback channel in the first place, it does have it's own challenges too. Namely, it's a very reactive and resource intensive channel by nature.

You'll have to take care of feedback one-by-one as it comes and usually you have no way of anticipating when that happens. Even so, customers expect you to respond fast, typically within one hour. And as all of that communication is public, everyone responding to these requests has to have excellent communication skills.

Why use transparent feedback?

When I'm thinking about everything that's usually wrong with feedback I'm just amazed by how much better it all could  be by just utilizing concepts from co-creation and the way we've seen social media to work.

Feedback should be fun, social, and most importantly, transparent.

By combining these three aspects you're definitely on to creating a more trustworthy and open relationship with your customers, which is the key in this era of dramatically diminished costs for finding an alternative. Now let's look at the way that transparent feedback tackles the aforementioned challenges:

As each piece of feedback is immediately visible for everyone, people don't have to submit it over and over again. They can just like the original piece to indicate their support, virtually eliminating duplicate feedback while also making it easier for the customer to actually give feedback.

2. You only have to respond once

Because there's now just one piece of the same feedback out there, you can just reply to it once and everyone will immediately see your response, saving you a huge amount of time and also eliminating the trouble of having to remember what to answer to a specific kind of question.

Nowhere is this more evident than during a massive storm of feedback in social media. Responding only once allows you to move from a fully reactive to a somewhat more proactive approach, leaving you more time to analyse the feedback and use it to develop your business.

3. Analyzing the feedback is easy

With this approach, you get both quantitative and qualitative feedback in an already processed format. Furthermore, you can combine those quantitative and qualitative findings with customer demographics and even filter out visual reports in real time on an aggregate or individual feedback level, leading to very interesting possibilities for finding new insights with very little extra effort.

By being transparent and open with your customers, you can show that you actually care about them, leading to increased loyalty. Transparency and the reply-once philosophy make it possible to ask the opinion of someone who actually knows about the topic.

So instead of that automated reply, you can have someone respond to them that can actually tell them whether their feedback is relevant for the company or not, and if not, why so. Even more interesting is the possibility of telling the customers what's actually happened to their feedback.

Has the idea been shot down? Is it under consideration? Or perhaps even implemented? What could possibly be better than to let a customer know that the product or service they personally requested is now available?

Just think about how amazing a service experience that will be for the customer and how much more you can sell that way...

5. Social feedback that you can actually control

In Twitter and Facebook, you can't really control the feedback you get. There's no pre-moderation and even post moderation is very limited. What's out there is out there.

For example, even though you can now delete other people's posts from your Facebook page, they'll still be around in other people's news feeds if anyone managed to share, like or comment them. However, there are tools with the same social aspects as the aforementioned services but that also let you control the feedback the way you want to.

So whatever it is that you're currently doing in the area of customer feedback, I hope you'll keep these points in mind and consider making your customer interaction more transparent.

Open Innovation – What It Is and How to Do It

Atte Isomäki
Read More
Open innovation challenges – How to overcome the most common ones? 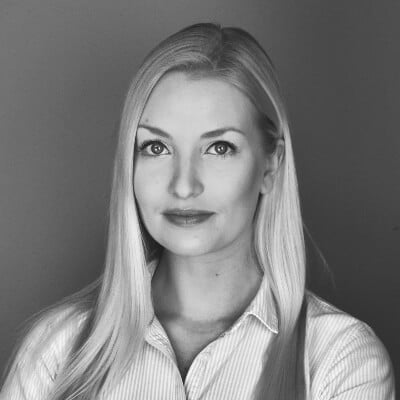 Jesse Nieminen
Read More
6 Cardinal Sins of Customer Feedback - Where Are My Benefits From Investing on Customer Satisfaction?

With the recent economic turmoil, we've seen many struggle, and want to do our part in helping to build back better. We need innovations now more than ever.

That's why we've made Viima's Basic plan free for an unlimited number of users, and it comes with everything you need to make more innovation happen.