The Power of Habits in Successful Corporate Change

Change is incredibly difficult for us human beings. Have you ever actually managed to keep those few pounds you lost from coming back with interest? According to the statistics, you haven’t.

And if you think it’s difficult to do this in your personal life, just think how hard it is to do the same for an entire company when you have to change the way hundreds or thousands of others behave too. According to Donald Bibeault, only 33% of listed companies have actually been able to recover from a position of sustained net income losses.

Yet, with the rate that the world is changing today, companies at large need to change and evolve faster than ever before. 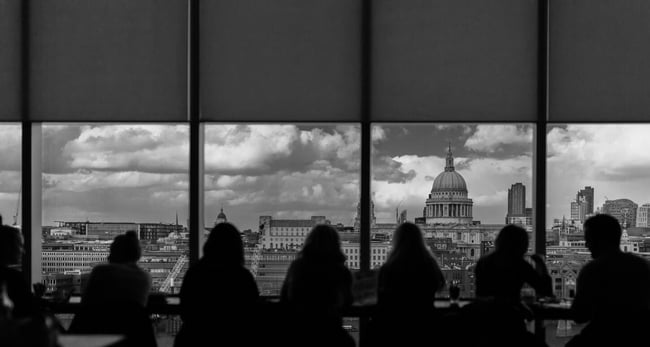 According to Charles Duhigg, who is the author of the bestselling book The Power of Habit: Why We Do What We Do In Life and Business, organizations have habits that behave very similarly to how they do in our personal lives. If you haven’t yet, I'd highly recommend you to read the book.

What follows are my key takeaways from the book, combined with some of the insights I've gathered from hundreds of discussions on changing the way companies operate. These insights focus on how the role of habits in successful corporate change is actually very important. There are obviously dozens of change management frameworks, but I’ll leave those for another time.

The latter is also referred to as a big part of corporate culture by many and I’d tend to agree to the extent that yes, it’s a large part of culture. However, I think it's far from determining culture as a whole since there's so much more to it as well.

Anyway, these habits, routines, or whatever you want to call them, are in practice de-facto processes, and in my experience, these typically far outnumber the actual number of processes. So they really matter. A lot. Gradually and continously improving and changing both the processes and habits are also what the whole Lean movement is about.

But enough of the introduction, let’s get to the beef, namely the key points for making change happen in your organization.

1) Change begins with analysis and reflection

According to the book, a habit is a daily activity that is automatically performed in the same or similar situations. Neurologically the core of a habit is made up of three parts; a cue, a routine and a reward.

So obviously in order to change or create a habit, it is first important to understand how the habit works. Start analyzing and reflecting the reasons behind the habit.

What’s the cue for this routine? When and where does this behavior happen? What is the emotional state? What kind of reward does one get from this habit?

This might sound trivial but it often isn’t since you’ll need to find the real root cause for the issue and people in general aren’t very good at that. This is why tools like the 5 whys can be very useful in some situations.

Of course, just picking one habit usually isn’t enough in a corporate context where there are hundreds of others too…

2) Identify the one thing that matters the most

Since there are hundreds of these processes, habits and routines that could – and probably should – be improved, change might seem like an unsurmountable ordeal.

The key is to accept that you can’t change most of them for quite some time. Once you’ve come to grasp this, you can start to prioritize. 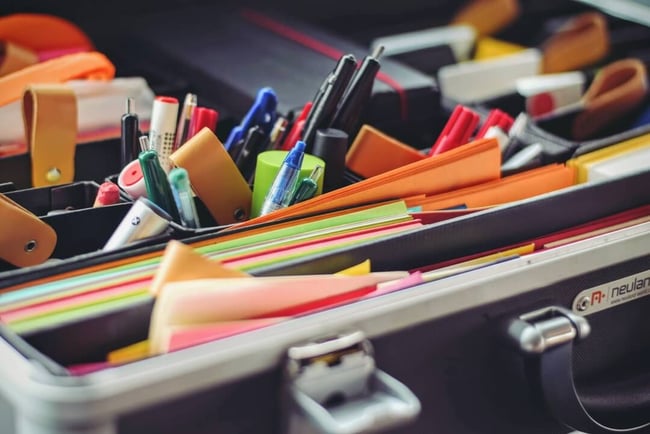 Prioritization is often incredibly difficult, but necessary. If you start changing multiple things around at once, the vast majority of them will fail and even the ones that stick probably aren’t the ones you’d really want to.

The area you first want to drive change in should always have at least these three characteristics:

When you pick an area that is clearly understood by everyone as important, you’ll have less difficulties in communicating and rationalizing the change. When people know it really needs to happen, you have all the tools you need to in order to create enough of a sense of urgency to drive the change to the top of people's priorities.

If it also has immediate positive results on the business as a whole, people start to believe in change.  And when people actually believe in it, it will become a self-fulfilling prophecy.

The third and in my experience both the most important and the least understood of these three is the importance of positive ripple effects.

If, and only if, you pick an area that will also drive positive change in other parts of the business, you’ll not only sneakily succeed in driving other positive changes throughout the organization, but also create a culture of continuous improvement and positive change.

This is showcased extremely well in the case of Alcoa, as told in the book (a short version can be found here). Then newly appointed CEO Paul O’Neill started his tenure by focusing on just one, seemingly financially irrelevant, topic of job safety.

As this obviously had a great impact on the conditions – and thus morale – of frontline employees, buy-in was great and as the goals were set very high, there was no room left for doing anything “stupidly”. Numerous broken processes and routines were identified and corrected, eventually starting from the bottom-up as a result of the initiative, quintupling profits along the way in the span of a decade.

The harmful habits, be they in our personal lives or in organizations, weren’t born in one night and they won’t disappear either. According to Stanford University psychologist Kelly McGonigal, you will achieve consistent, long-term goals only by taking small steps.

The transformation will be more successful if you start outsourcing your willpower little by little as opposed to going all in at once. “Every time you take an action that engages the muscles of willpower, they get stronger,” McGonigal says.

This is also very much the case in organizations. Learning takes tons of practice and repetition, which obviously takes time. And in business, time is of the essence.

Also, it’s important to understand that we human beings learn best from failure – just like we have ever since we tried to learn to walk.

It’s important to understand that we human beings learn best from failure – just like we have ever since we tried to learn to walk.

If you’d have waited until you can do it right the first time, you still wouldn’t be walking. You first need to stand up, take some tentative steps and fall down. Then you get back up and keep on trying as long as it takes. The more complex and challenging the endeavor, the more trial and error it will take to get it right.

4) Change needs to happen at the grassroots level

While change can be, and usually is, initiated at the top it really needs to happen at the grassroots level. There are a few reasons for this:

In order for change to happen and be a part of the company identity, it really needs to rooted in every single employee. If they don't believe in change, you'll struggle to make anything happen.

On the contrary, if your employee buy in on the habits of continuously improving the way they work, you'll start to see some incredible results. Let’s use some simple (imaginative) math to prove a point.

Let’s consider there are 10 executives driving change. These people are highly motivated and driven and possess the resource to make their ideas happen. Let’s say they can each be responsible for 5 positive changes happening in a year since they need to first investigate and analyze the issues and then follow up with a well suited execution that achieves organizational buy-in. A total of 50 improvements is thus made in one year.

If these 10 executives would instead each empower 10 managers in their staff. They probably could do with a smaller budget as less investigation and buy-in would be necessary since the managers are actually closer to the challenges and probably know them better. On the other hand, they might not have as much power or resources at their disposal to make necessary decisions so let’s say each of them can achieve 4 positive changes in a year. This scenario is still a whopping improvement on the base rate of positive change, which over a 5 year period turns out to mean 8 times more positive change, as compared to the baseline set by the executives governing change just by themselves.

Finally, if each of these 100 managers would instead empower their staff of 10 to do the same and each of them could only really achieve a single positive change in the finite scope of their own job, the total impact over a period of 5 years would be 20 times more positive change compared to the baseline.

Even though this is an extremely crude example that to be honest is far removed from reality, it should prove the case for involving people from the grassroots level in actually changing the way they work. Also, if executives are too hands-on in the day-to-day of improving processes and operations, they'll have too little time to focus on the big picture and proactively driving the future of the company.

Furthermore, when employees feel that they are treated with compassion and respect and are in control, they have more willpower and their energy and focus to the job increase radically, states Mark Muraven, professor from the University of Albany (http://www.albany.edu/psychology/20928.php ) .

As was the case in Alcoa, when employees were encouraged to tell about the accidents and dangers in the working environment to the executives, change gradually started. With time, the communication improved and employees actually started to contact their superiors not just about safety issues but also to tell about their ideas and suggestions to improve efficiency. Needless to say, the company underwent a great renaissance.

5) The effects of good habits compounds

You’ve probably heard the saying “Compound interest is the most powerful force in the universe”, as often attributed to Albert Einstein. Whether or not he ever said that, it still remains a powerful lesson to be learnt. The traditional take on this is that by investing early on in something, the effect of the interest will dwarf the original amount given some time.

Therein, however, also lies another lesson: The best reap disproportionate rewards. While this has always been the case in pretty much every game, for example in sports, the trend in business has only accelerated with digitalization and globalization. Now in many areas it really is a winner-takes-it-all game. And to be the best, you have to build the systems, processes and the culture for creating that compound effect on improving your business, just like Alcoa did. Start now and make change happen!

Feel free to use this poster any way you like. You can download a PDF-version by clicking on the link above.