6 Cardinal Sins of Customer Feedback - Where Are My Benefits From Investing on Customer Satisfaction?

Jesse Nieminen
Voice of the Customer

In my earlier blog post on transparent feedback, I wrote about what's wrong with the traditional ways of collecting feedback, mostly from the point of view of tools.

This time I'll be sharing my experiences on the six most common mistakes we've encountered way too many companies doing with their customer feedback processes. We call them the cardinal sins of customer feedback.

These six mistakes are the reason too few companies get the ROI they expect for their investments in customer feedback. Each of them is worth a post of their own but let's try to keep it concise.

1) Using only quantitative or qualitative feedback

Ah, the age old adage about which research method you should choose! Let's oversimplify their characteristics to a fault:

So what does that mean for customer feedback?

Well, obviously you want to try to understand your customer in the context of your business as well as possible. Both of these are very complex issues in themselves and you typically want to use that feedback to try to improve your business and create something new so clearly a qualitative approach is required.

I'd personally argue that because of these arguments, qualitative is the more important of the two. However, typically you also want to set up some kind of quantitative tests to see whether the assumptions you made based on the qualitative data are also valid on a larger scale and whether the actions you've done based on the previous qualitative feedback have made a difference.

So ideally, you want to include both quantitative and qualitative approaches in your customer feedback process.

2) Asking for satisfaction as opposed to significance

Let's take the classic example of a customer satisfaction survey where you rate how good the individual components of your customer experience were on some scale.

Although valuable information in itself for trying to perceive how the different components of your customer service are performing, these questionnaires have one fundamental flaw in them. They don't ask the customer what they actually find important.

Let's say that you run a restaurant and a customer rates your interior design as a 2 out of 5 and your quality of food as 3 out of 5. What does that number actually mean? How can you use it to make your customer experience better? Does that mean that you should invest more in interior design than on your food? Most likely it doesn't. I'd guess that most people actually care more about the food than they do about the interior design, you just can't know that based on the survey.

Typically you'll have lots of ideas on how to improve t

he different aspects of your business but it's very hard to prioritise those ideas. Obviously the best way to prioritise them is to figure out what it is that really matters for your customer.

As we were discussing in number 2), what does it really mean that the customer rates your interior design as a 2? Or that your Net Promoter Score (NPS) is 87? What do those really mean for your business?

Sure, there has been a lot of talk about NPS correlating with growth in the long term but the fact of the matter is that even though this might work as an easily understandable KPI for the frontline employees, or as a "proof" that you're heading in the right direction for your boss giving you some piece of mind, what really matters is that you're continuously able to improve your customer experience.

Make sure you're continuously improving your customer experience.

To best be able to do that, you can't just blindly rely on KPIs but instead have to dig deeper and really try to understand your customer in order to come up with the best solution for their problems and desires.

The fundamental problem in using quantitative KPIs that are only based on people's self declared opinions, such as NPS, is that they are by nature, never correct. This leads to a number of issues ranging from cultural and individual biases all the way to employees rigging the score to reach targets.

If you want to ask something from the customers, ask what's important for them. If you want to have KPIs, measure their actual behaviour in whatever's important, not their perceived satisfaction.

4) Not acting on the feedback

This one might sound trivial, but all too often do companies ask for feedback and then just never do anything about it afterwards.

In the worst case, the feedback might even be stuck inside the customer support function so that it never even reaches the ears of the decision makers. But even if it does, it's still all too common that those decision makers just consider it as a necessary evil, only acting on it if it's perceived as urgent.

Often it's also the organization that gets in the way. You might not have the authority or the budget to actually make the changes that customers are wishing for, in which case you'll have to sell these improvements to your boss separately.

Although my opinion, generally speaking, is that, for the majority of businesses, NPS isn't all that useful, it is at the very least good for one thing: it's simple and (seemingly) easy-to-understand, which can help you have both top management and frontline employee buy-in for customer experience, which again can really help your effort in being able to later on act on the feedback you've received.

Whenever a customer gives you feedback, they basically do it because they're pissed and want an outlet or because they care about your business enough to want to help you improve.

Either way, it's crucial that the customer gets your response and hears that you're going to do something with their feedback. Also, if you won't do anything, they want to hear why you're doing that decision. If you just let people know that you care and are doing your best, you're already 90% there to win the customers heart.

On the other hand, if the customer never hears back from you, or even worse, just gets an auto-response saying "Your feedback is very important to us...", you've not only lost a great chance to make a positive impact, but have actually caused a very bad experience for the person who in the end pays your salary. 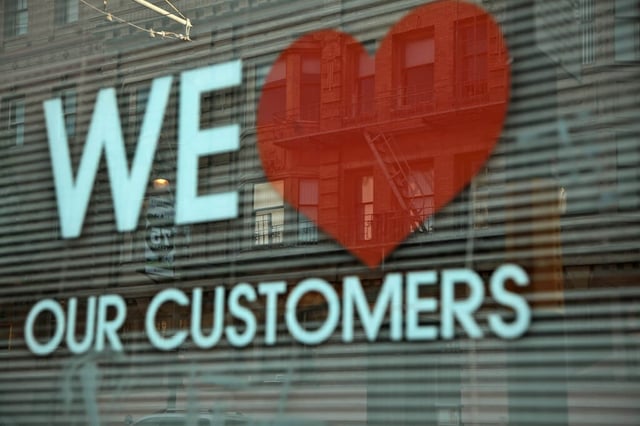 6) Not making it a continuous process

The average company only does two things related to customer feedback: the plain old feedback form (that no one will ever respond to) and a yearly customer satisfaction survey.

Mistake 2) already discussed the disadvantages of asking for satisfaction but on top of that, there's another crucial issue with an annual customer satisfaction survey: it's annual.

You probably wouldn't leave bugs in your software unfixed for an entire year so why would you do that for the things your customers care enough about to complain.

Today, customers have come to demand transparency and excellent customer service. Even so, you should remember that acquiring a new customer is at least 5 times as expensive as keeping an existing customer. So make sure you're not wasting money on customer acquisition if your funnel is leaking from the other end!

Open Innovation – What It Is and How to Do It

Atte Isomäki
Read More
Open innovation challenges – How to overcome the most common ones?

Jesse Nieminen
Read More
6 Cardinal Sins of Customer Feedback - Where Are My Benefits From Investing on Customer Satisfaction?